Walking with the Inca's and Christmas and New Year in SA

What will my first Xmas away from home in 31 years be like?

Well I have been a bit poor with the blog lately, I am not going to beat around the bush! I have simply been having too much fun!

Anyway as I write this I am sat in Sao Paulo airport and only have 4 more days of my trip left! With this blog entry I aim to bring you up to date until just after the new year!! Thats means you will have Colombia, Brazil and Buenos Aries to look forward to!! I will be writing this when I get back and have nothing much better to do as I will be penniless for months paying my visa card off…..

On my last blog entry I had just summited the 6088 meters peak in Bolivia! My next stop was Peru! I got on the bus in a dull La Paz and everything was fine till we reach the Peruvian boarder. When we got there as the boarder had been shut due to the elections the previous day there was a massive queue! Nothing I could do about it but stand there just like everybody else, us British do enjoy a good queue I guess…. I also had problems on the Peruvian side, I was travelling alone at this point and my Spanish was not good to say the least (though after three months of it I actually do surprise myself now), a police officer spotted me a mile off and asked me to follow him, as we walked down a small corridor and into a little room, I thought the situation not good…. Once inside the room, the legitimate police officer asked to have a look in my bag and asked me if I had anything I shouldn't have, obviously I didn't have anything! Once in my bag he went straight for my money belt, he had done this before! He took out a wad of English money that I had for emergencies and started to count it, in a flash in what only could be described as a well orchestrated Paul Daniels magic trick I was pretty sure he had slipped some up his sleeve! Remember this was a real police officer with real truncheon and gun… On realising what he was up to I grabbed the money back off of him and actually started to look up his sleeves, I just remember thinking that he could just take all the money off me if he wanted! I then looked underneath a bit of paper on the table and there is was, the once pristine 20 pound note folded up, I just picked it up and shook my head! He obviously knew he was totally in the wrong and just waved me onto get my passport stamped! For me this story just shows how corrupt Peruvian police are and how easy it can be to be in a situation which you know is wrong but there is nothing you can do about it! I would make sure I stuck with other people as I cross boarders in future... 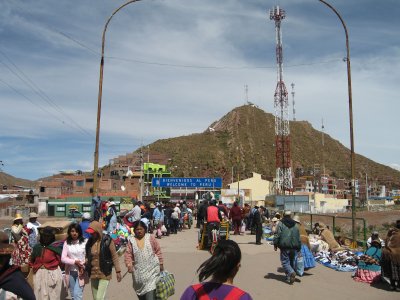 After the traumatic boarder crossing I arrived in a wet Cuzco, here I would spend a couple of days chilling out before I went on my 4 days Inca Trail trek! Cuzco was nice, it had great restaurants, great nightlife and I was lucky and had some good weather! Ever since I first realised that South America was going to be a stopping point on my trip, the Inca Trail in Peru was a must on my todo list! The trek is over 4 days, involves camping and is rated in the Watson book of hiking trail as moderate in difficulty. The trail takes in what can only be described as breathtaking scenery, then the morning of the 4th day you are blessed with sunrise over the lost Inca City of Machu Picchu! I had a really nice group, here are a couple of group shots, plus one of Gabby, Paula & Milo, my two Ozzy nurse amigas and my Sweedish amigo MIlo! 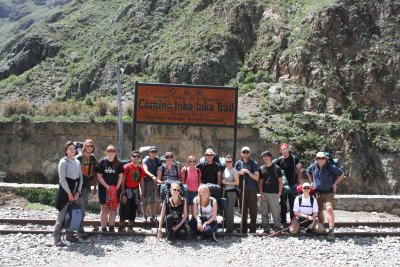 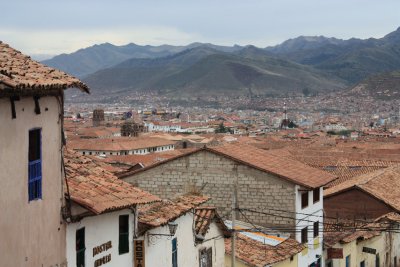 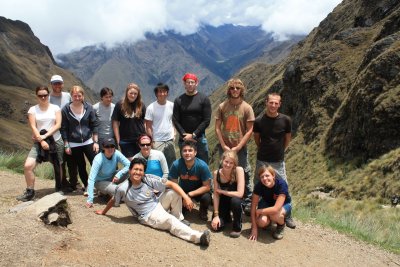 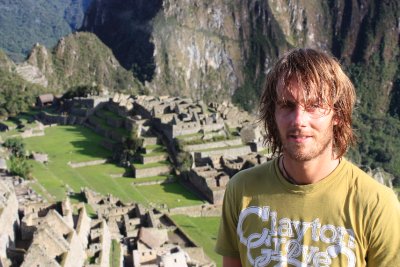 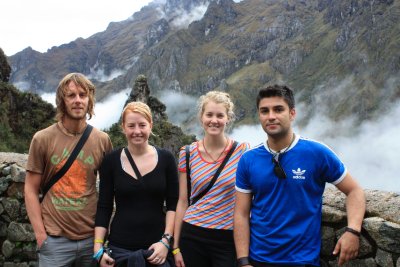 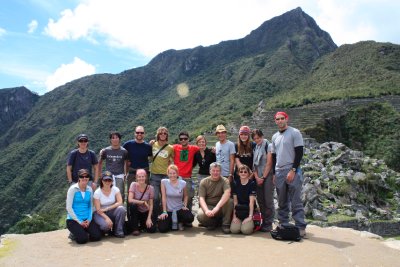 After the trek we had a couple of good nights out in Cuzco! Mamma Africa's most night!! 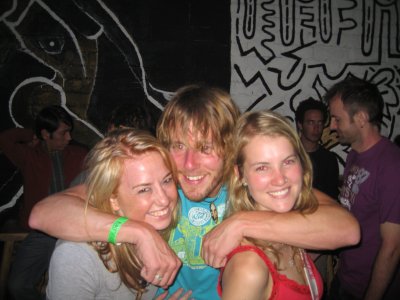 I then left Cuzco on a night bus to Huacachina in the Peruvian desert, though this wasn't any normal night bus! This time I was going full cama, this basically means ultimate comfort in buses, almost 90 degrees bed, food and more importantly loo! Got there the next morning and hooked up with a couple of friends that I had met in La Paz & Cusco, just so happens another couple of Ozzy nurses (Angie & Sarah) and a English girl Jen! Was only in Huacachina for a day we mainly sunbathed and climbed the sand dunes, the ladies didn't stop complaining about climbing the sand dunes for weeks, though it was their idea….. 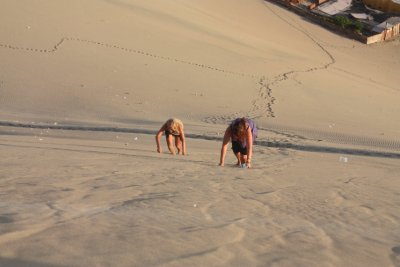 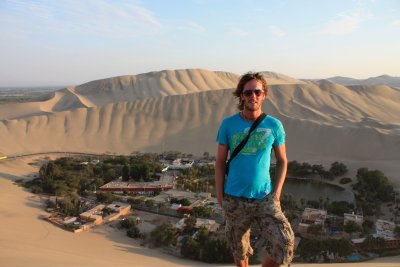 After Huacachina it was quick stop over in Lima, where we would meet a couple of Jen's pals, find the best supermarket in the world (free samples galore) and have a drunken night on the town! Apart from that not much to report about Lima, its an OK city, though a bit dull whilst we were there! The surf looked quite good though! Here you can see Jen, Sarah and I enjoying a fruit salad in our dorm….. 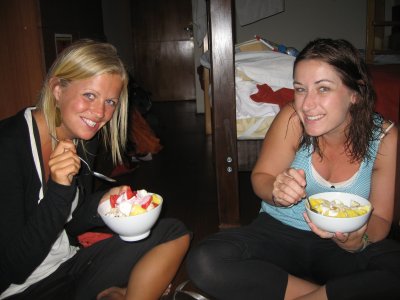 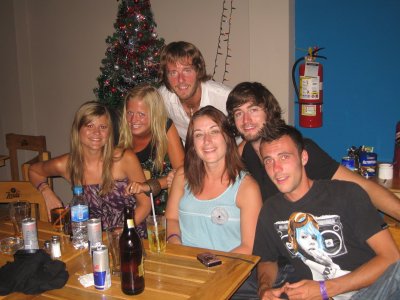 After saying goodbye to Jen, Mark and Di, they were heading back to the UK! Angie, Sarah and I got a bus to the coastal town of Mancora!! It would be here that we would spend Christmas! The bus journey was probably the worst to date and was mainly due to an abundance of screaming kids and all their associated battery operated toys, you can imagine how happy I was to be awoken (even with ear plugs) by the sound of the wheels on the bus go round and round at 6:00am!! Still we made it to Mancora and was happy to find the all year round sunshine as promised! The next few days were spent eating good food, sunbathing by the swimming pool and generally getting drunk! We stayed at the LOKI hostel there and whilst it was a nice hostel and the girls didn't take over the room too much... With food and booze onsite with a tab system…… It is never a good concoction and didn't give you much determination to move from the premises! Still we managed to eat some of the best lobster I have ever eaten in Mancora for a measly 8 pounds and also found my a new addiction, churros with dulce de leche! Churros are basically finger donuts with a kind of milky caramel sauce, any girl want to find a way to the Machine's heart then here is the recipe http://buttersugarflour.com/2008/11/churros-with-dulce-de-leche-sauce/, failing that I am sure my Ma will have a bash at em.. 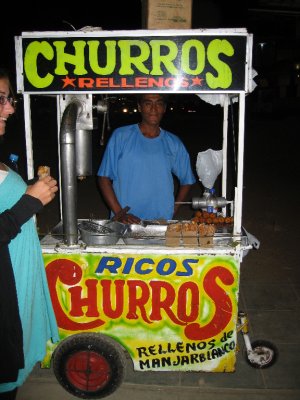 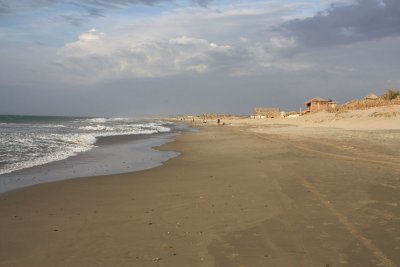 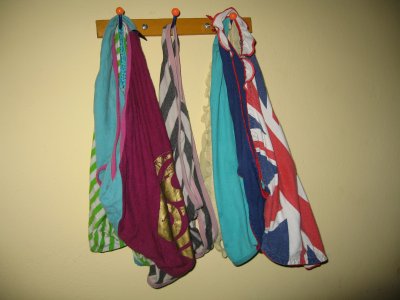 So Christmas was nice, very different but nice, first time I have laid out in the sun and swam in a pool during the Christmas period, normally its xmas jumpers and rain! We even had Christmas lunch, which was good but was missing the Yorkshire Puds! I did protest to the owner of the hostel and stated that I would make them for him, but unfortunately their ovens will not get hot enough! Poor effort! As for presents I got zilch, we were going to do secret santa but never really got it sorted, still I am looking forward to going home and opening all the birthday and xmas presents that I have missed out on, god knows I will need the pants and socks on my return! 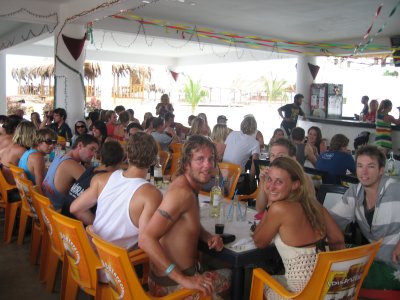 Boxing day we took a night bus to Guayaquil, Ecuador! From here I said goodbye to my Ozzy mates as they were heading to Colombia for the new year and I took a bus to the coastal town of Montañita! Montañita is a party town / surf resort, many Ecuadorians, Colombians and foreign tourists flock here! But why you ask? Mainly because of its beautiful beaches, picture postcard sunsets over the ocean and also cocktail alley! After a couple of nights in the roof of a hostel on the seafront with about 20 others laid on the floor with a grotty mattress I managed to hook up with some people I knew from Mancora! We managed to get a house and fill it with 15 people, it was a pretty sweet setup, we bought cheap rum (£3 a bottle), we played our own music and then went down to cocktail ally and to various clubs. Durins the day we lounged in hammocks, laid on the beach and swam in the ocean, the waves were unbelievable! The only downside of our location was that it was in a lush green area that obviously attracted the mozzys, we were eaten alive at times! 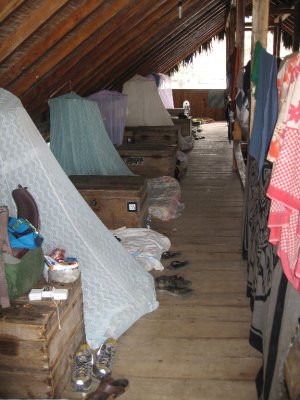 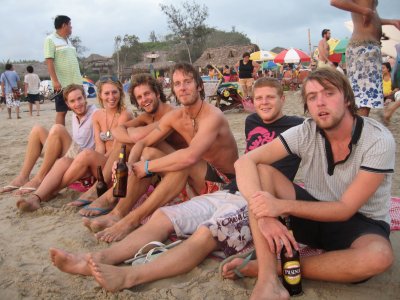 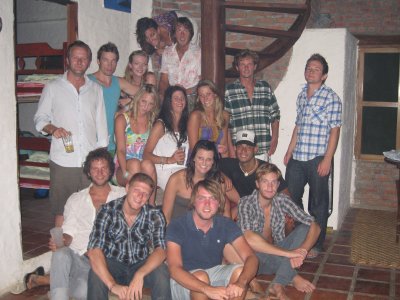 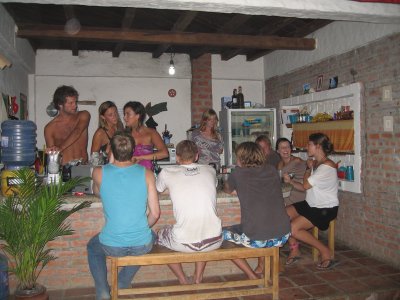 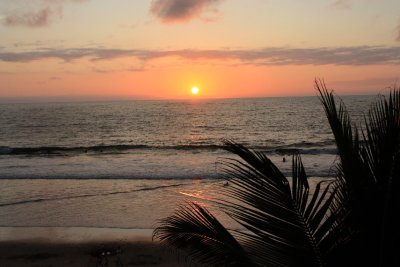 Whilst in Montañita took the opertunity to do another couple of dives!! Diving wasn't world class but never the less good! 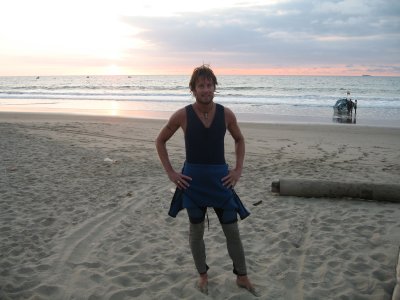 On new years eve everybody goes to the beach and burns paper mache models and sets off fireworks, there is certainly nothing organised about it and I am surprised that people don't get hurt, but still a lot of fun! In Montañita we made loads of new friends and in particular people from Colombia and Ecuador, everybody was just so friendly I guess! Montañita certainly goes down as one of the hi-lights of my trip! 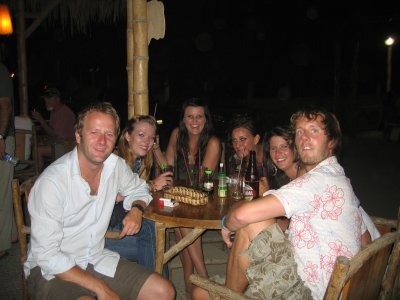 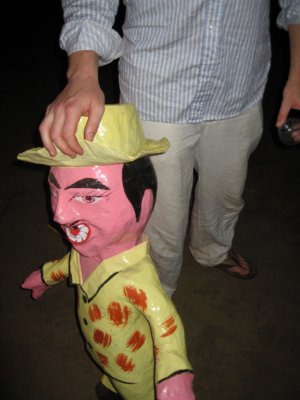 We got stuck in Montañita for a few extra days than planned as the buses were full, though to be honest were weren't exactly complaining! I had now met a group of people who were pretty much doing the same route as me so we stuck together, safely in numbers and all that!!! We eventually headed to Quito the capital, though to be honest we didn't really do much in Quito as it was just another big city and the next day we started our journey to Colombia! 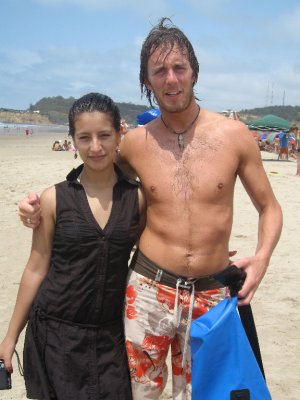 As this point it was the 4th January, 2010 and I am going to leave it their for this blog entry! I need to give Colombia and Brazil the time and effort it deserves and that can be done from rainly, cold, dull Leeds! Until the next blog, chow my amigos!!